It can effectively resist natural oxidation caused by long-term weathering and even protect carboys against mild scratches and sand splashing.

Paint protection film falls into two categories: cut by computers and cut manually. The differences between them are as follows: for computer-cutting films, the cutting process precedes sticking, with the cutting process performed in accordance with automotive prototype data and the installation process implemented with high accuracy; on the contrary, manual-cutting films are installed in a reversed order.

The biggest advantage of computer-cutting is its security. Comparatively, manual-cutting inevitably involves cutter operations on top of paintwork and part disassembly (e.g., logo, door handle). Any accidental shake of the hand may result in a scratch on paintwork. In comparison, computer-cutting does not have such a risk.

In the meantime, computer-cut films provided as pre-cut products can significantly reduce the waste of raw materials and skill requirements on operators, thereby increasing work efficiency.

Despite the evident advantages of computer-cut films, they often entail extremely high requirements on automotive prototype data – production needs can only be met with the availability of large, constantly updated databases. Thus, not all invisible car bodies adopt a computer-cut film system. The car owner as mentioned earlier would have not had the idea of making his own paint protection film if he could find a computer-cut counterpart (direct pasting without the use of cutters) in the market.

The typical process for making exclusively prototyped paint protection film is large as follows: 3D scanning the whole car, obtaining a 3D model → processing the 3D model, curved surface development, producing exclusive automotive prototype → cutting film → film sticking. Such a process imposes extremely high requirements on data accuracy for the paint protection film to be tightly fitted on the vehicle with clear edges, right sizes but without wrinkles. To that end, nothing is more suitable for this work than a high-precision handheld 3D scanner.

SCANTECH offers multiple series of products including KSCAN composite 3D scanner, AXE global 3D scanner and PRINCE handheld 3D scanner. All of them utilize markers to fulfill the high-precision positioning scan. Specifically, KSAN and AXE 3D scanners feature a large scanning area, super-fast scanning speed (about 30s to scan an automotive door) and a built-in photogrammetry system with a volumetric accuracy of 0.030 mm/m to effectively ensure the precision of the vehicle data.

With respect to the development of paint protection film, SCANTECH provides portable and tracking 3D solutions.

PRINCE scanner can be used to obtain 3D data of vehicle body (by using magnetic markers that can be absorbed automatically onto car body); data of lamps, angles and grilles, should also be accurate and complete. 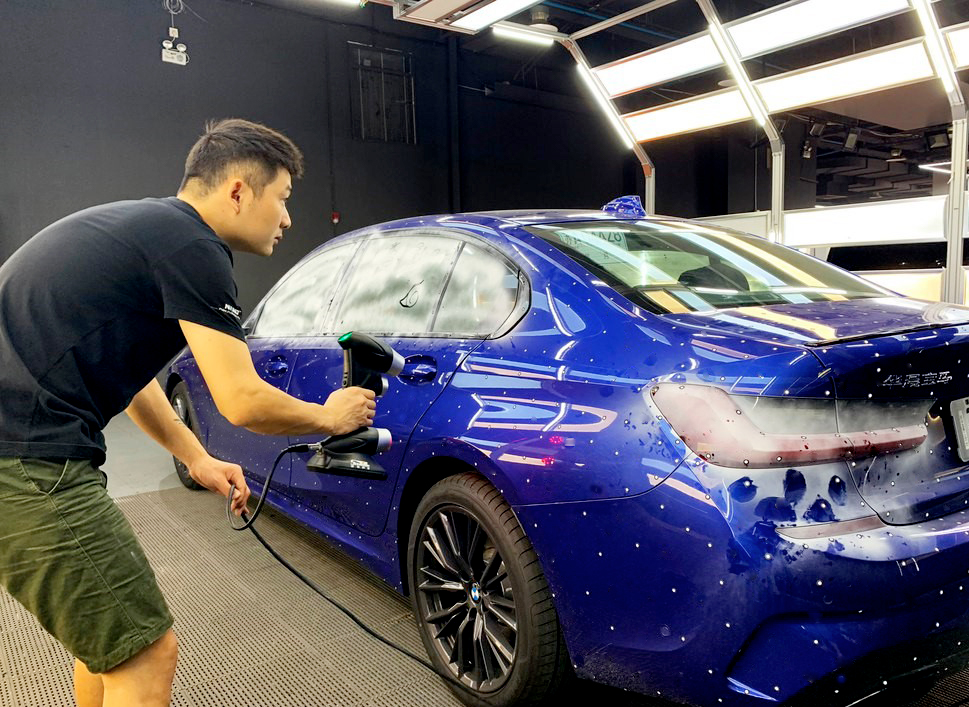 Based on the developed surface of scanned data, draw curves to obtain the prototype drawing used for film cutting in production. 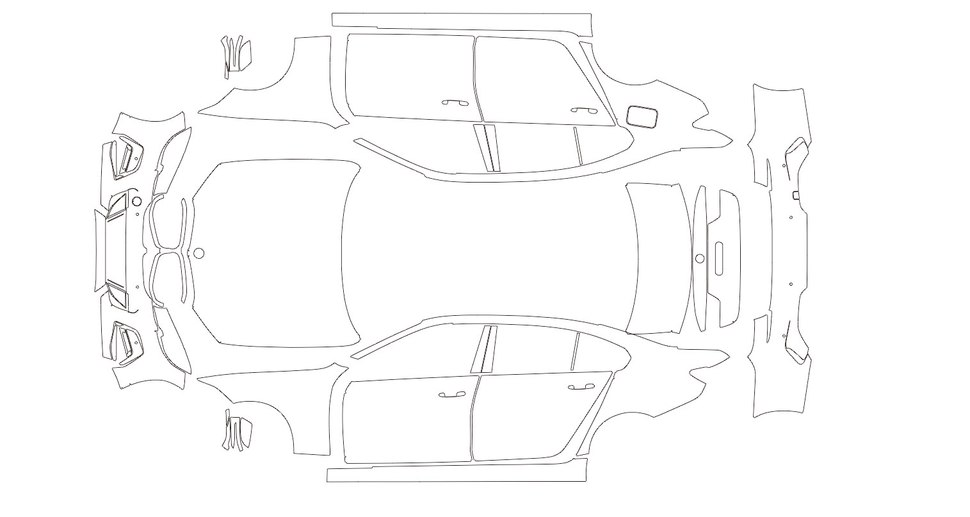 Transmit the prototype drawing to the paint protection film cutter to get relevant shapes. 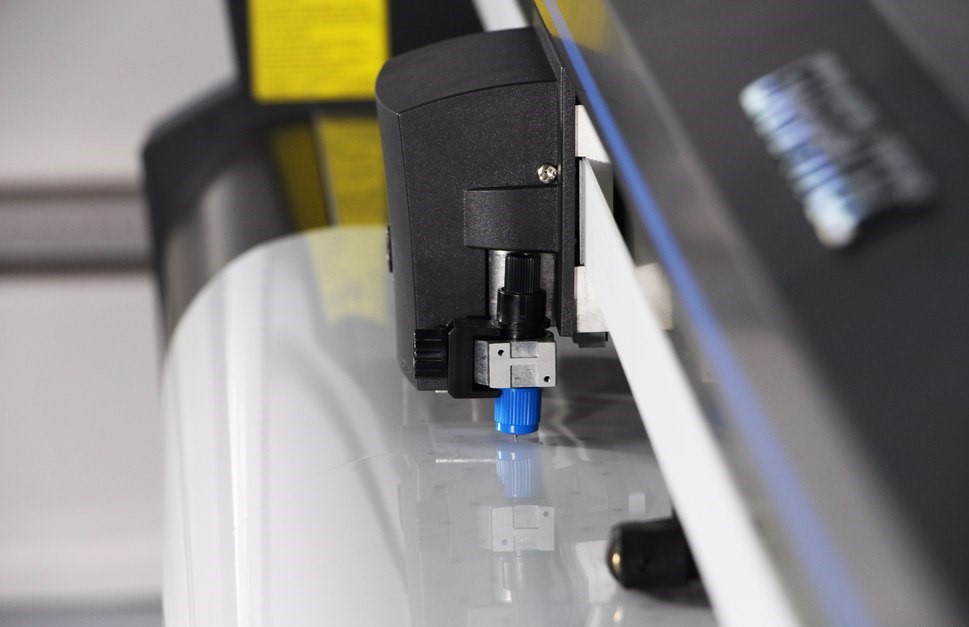 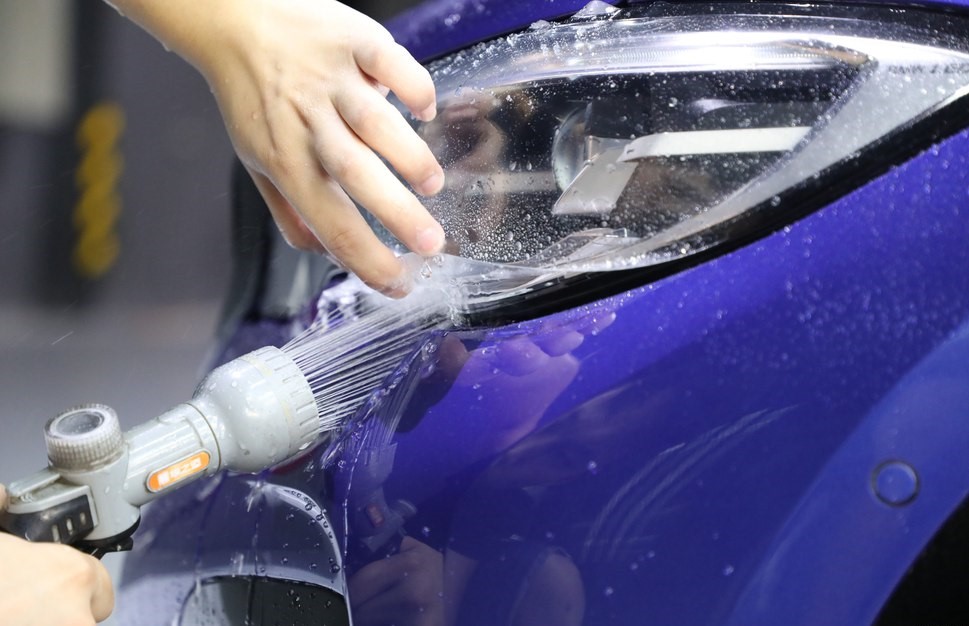 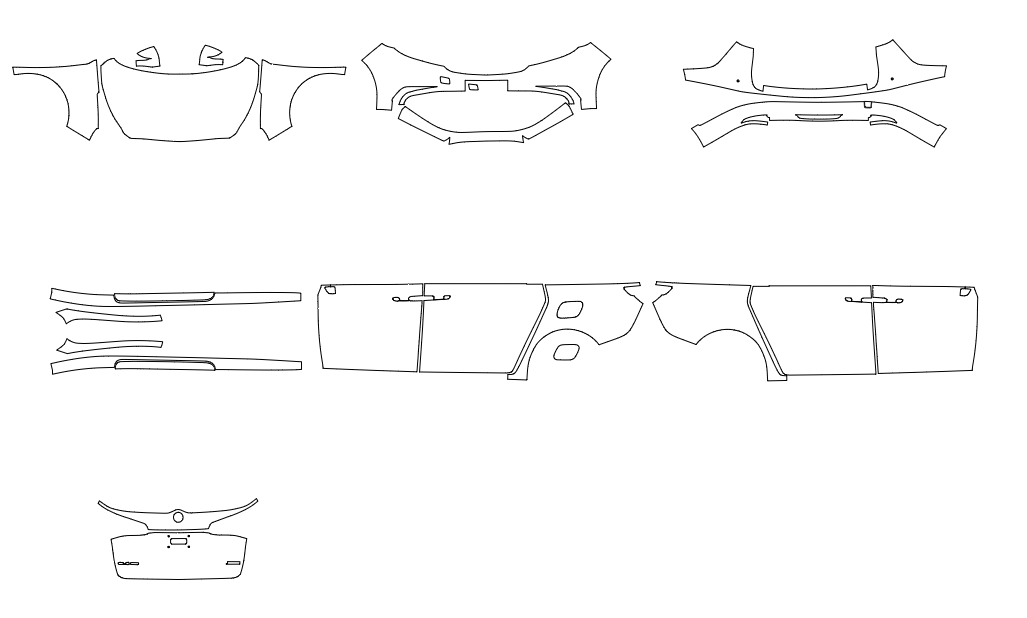 The applications of 3D scanning, undoubtedly, are not limited to the case involving paint protection film, it can also be applied to help film producers and stores to develop updated automotive prototype data centers to develop the latest prototype products and occupy the first-comer edge in a highly competitive market.

For more cases related to the automobile industry:

Large Automotive Mold Measuring Only by One 3D Scanner?

How 3D Scanning Optimizes the Design Process of Truck Grille